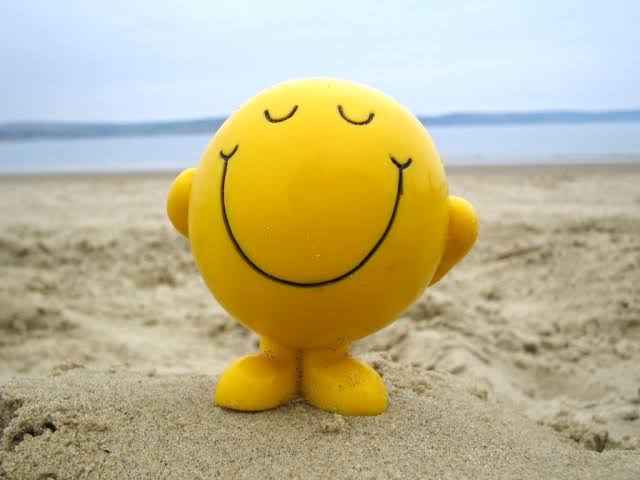 15 Psychological Facts That Will Blow Your Mind

In 1999, two social psychologists discovered something about intelligent people.

They (intelligent people) rarely think they’re smart. In fact, they often rank themselves way below average. On the other hand, people with low intelligence do the exact opposite. They almost always overestimate their rank by a long shot.

Let’s say you’re trying to learn how to draw. When you finish your first drawing, you’ll probably think you’re great at it. But once you practice and realize how much you don’t know, you won’t think you’re very good anymore.

This is why people with low intelligence often rate themselves so highly. They don’t understand how little they know.

What’s your earliest memory? You might remember playing with your parents in the park or on one of your first birthdays. But can you actually remember that far back?

Neuroscientists recently discovered that your memory works a lot differently than most people think. When you think back to that early memory, your mind isn’t jumping back in time, it’s remembering the last time you remembered.

In other words, your memory is like playing on the telephone. Every time you re-remember something it changes a little bit more. Eventually, you won’t be able to tell what actually happened and what you added along the way.

The type of music you listen actually affects how you view the world around you. We all know that music can change your mood, an upbeat song can leave you feeling on top of the world while a sad one can send you into a downward spiral.

But that’s not all a 2011 study looked at whether or not music could affect the way you perceive your environment. Subjects were asked to identify happy and sad faces while different songs played. Turns out people struggle to recognize happy faces during sad songs and vice versa.

The music was making them see things that weren’t there. It created something called a perceptual expectation. When you hear one thing through your ears, your brain will expect to see something similar through your eyes.

This is why music can improve a workout or help after a breakup. It sets the tone by creating that perceptual expectation.

We all make bad decisions, but what if I told you that, you could think more rationally if you do it in another language.

A study from the University of Chicago found that people make more logical choices when using a second language.
Our reasoning skills are divided into two parts,

Systematic and Logical
Unconscious and Emotional
When you use your first language, you let that emotional side take over. Your biases and knee-jerk reactions cloud your judgment.

When you use a less natural language, that rational side steps in. You’re forced to put more thought into what you say.

Next time you’re about to accept a new job or make a big purchase frame it in a different language, then you’ll know whether or not it’s actually a good idea.

Singing in the car or shower is a great way to fend off anxiety and depression.

Let’s say you’re driving into work, you’re about to give the most important presentation of your life. Naturally, you’re a nervous wreck. So how can you keep yourself calm?

Turn on your favorite song and sing as loud as you can.

It sounds ridiculous, but singing floods your brain with endorphins and oxytocin. Both of them relieve stress and improve your mood. They make you feel comfortable while keeping your heart rate and cortisol levels low.

And don’t worry, you don’t have to be good. Even if you’re the worst singer in the world like me, belting it can reduce anxiety and turn your day around.

Imagine you made a new friend over the weekend. But when you ask them to hang out a few days later, they blow you off. What does that feel like?

To your brain, you might as well have been punched in the face. That’s because our brains process emotional and physical pain the same way. Both kinds of pain release the same chemicals and activate the same areas.

If you’ve ever wondered why social rejection hurts so much, this is why.

Have you ever thought about how things look in your memory?

In the 1980s psychologists discovered that we remember almost all objects from the canonical perspective.

That means, we see things from the side and slightly above.

If you don’t believe me, try and draw a cup. (Try drawing a cup on your mind)

Did you draw one circle as though you were looking down on it or did you draw it from the side and add an angle so you could just barely see inside?

Well, there are a few individual exceptions you unconsciously see most objects from the exact same vantage point.

About 15 years ago, a study found that the average high school student was as anxious as the average psychiatric patient.

In the 1950s over the last few decades, mental health conditions like anxiety and mood disorders have become increasingly common. In fact, they’re treated as a normal thing.

If that study were conducted today, I’m sure the numbers would be through the roof.

As humanity becomes more disconnected stressed, and scared. It’s more important than ever to pay attention to your mental health.

What if negativity wasn’t a choice?

A 2013 study found that some people are genetically predisposed to negative thoughts. This means you automatically react with stronger negative emotions.

In that study, researchers looked at how people with this gene reacted to various images. While most people enjoy pictures of waterfalls and beaches people with the ‘negativity gene’ found them dangerous and alarming.

When shown a picture of a crowded room they honed in on angry or sad faces.

So, if you’re a naturally negative or cautious person you may have been born that way.

Being sarcastic can actually improve the health of your brain. While sarcasm can be insulting, it’s one of the most common signs of intelligence.

Sarcastic people tend to be quick witty and creative. Their sarcasm may make them unlikeable, but they excel at thinking outside the box.

Biologically sarcastic comments require quite a bit of brain function. You have to instantly understand tone, meaning, and perspective then spin them in a way that makes something funny.

This is why sarcastic people are so good at understanding abstract concepts and solving complex problems.

The Power of Sunlight

Have you ever noticed you feel down when you’ve been inside all day? But when you walk outside, your mood instantly changes.

Sunlight isn’t just good for your bones, it can actually prevent mood disorders like depression.

The vitamin D you get from the sun acts as a mood stabilizer and releases pleasurable hormones in your brain. This is why people in countries with less sunlight are more likely to be depressed.

All you need is 10 minutes of direct sunlight to literally and figuratively brighten up your world.

Why is it so easy to stare at your phone for hours on end?

A recent study found that texting and social media, trigger the release of dopamine in your brain. Dopamine is commonly associated with pleasure, but that isn’t why you can’t put your phone down.

Dopamine plays another important role it controls desire, it tells you when you want something and compels you to get it.

This is what pushes you to keep talking, clicking, or scrolling. Each time you do, dopamine sends more pleasure signals to the brain. It’s a dangerous cycle because the longer you let it go on the harder it is to break.

How I Tricked My Brain to Like Doing Hard Things

The Over Sleepers Paradox

After sleeping for 10 or 11 hours how do you feel? You gave your brain plenty of time to relax and detoxify, yet somehow you feel tired. Almost like you didn’t sleep enough.

Sleeping too much is just as detrimental as not sleeping enough. It will leave you feeling foggy and fatigued because it throws off your biological clock.

Imagine you’re trying to do a flip if you don’t flip enough you fall but when you flip too much the same thing happens. You have to hit it just right.

Sleeping works the same way, the only way to avoid feeling tired is to sleep the perfect amount.

Have you ever wondered why newspapers use such thin columns? Years ago publishers figured out that people liked shorter lines, people were more likely to keep reading, so newspapers kept their lines between 30 and 50 characters.

Since we like short lines better, shouldn’t we read them faster too?

Psychologists recently discovered the opposite. Short lines make us read slower. 100 characters are actually the ideal line length, even though it’s double or triple what most newspapers and magazines use.

Being in a bad mood isn’t just hard on your brain, it can significantly impact your physical health.

Our bodies and brains are inexplicably tied together. When one suffers, the other does too. So when you’re feeling unhappy you might have aches, inflammation, and lower immune function.

So if you can try to find ways to improve your mental state every single day happiness is a big part of being healthy.
Thank you for reading. Hope this was helpful!

READ ALSO: 10 money lessons I wish I learned when I was young