Never Marry a Woman With These 6 Traits 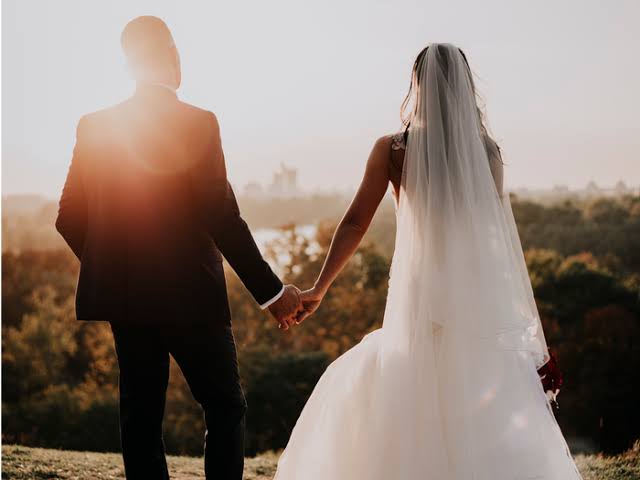 Never Marry a Woman With These 6 Traits

Because people don’t take enough time to get to know each other before tying the knot.

They let themselves get carried away by the burning enthusiasm and the initial sparks of a relationship and rush into a marriage that’s bound to fail from the beginning.

Not every woman (or man) is marriage material, which is why you need to make sure you know your partner inside out before you decide to walk down the aisle.

Although no woman is perfect, being in a long-term relationship, let alone marry one with the following traits is a recipe for disaster.

Unless your girl’s parents were toxic and abusive, chances are she’s pretty close with them.

I mean, who doesn’t love and admire their parents?

However, there’s a difference between being close with your parents and letting them control your life. Pay attention to whether your girlfriend:

constantly compares you with her dad or mom
consults her parents about everything in her life
lets her parents’ opinion affect her career, love, and life decisions
is used to her parents taking care of everything for her
Marrying a woman who exhibits these traits equates to you marrying her parents as well. She’ll always compare you to her parents, share everything with them, and let them make her decisions for her.

You won’t be sharing your life with her — her parents will always stand in between.

Money worries are the number #1 cause of conflict in marriages, as well as for marriages ending, so it is important to pay attention to the way your woman handles her finances before you settle down with her.

Is she always buying expensive things, or making unnecessary purchases? Does she use shopping as a means of relieving stress? Does she often ask you to lent her money to make purchases she otherwise can’t afford?

All of the above signs indicate a shopaholic — a personality trait that spells disaster for any marriage.

You see, a marriage with a financially unstable and irresponsible person can’t work. It’s not about marrying a rich woman, but rather one who can properly handle her financial responsibilities and spend her money smart.

According to Greek mythology, Narcissus was an incredibly good-looking hunter, whose beauty won the heart of everyone around him.

He, on the other hand, had only eyes for…himself and ended up falling in love with his own reflection in a pool of water, spending the rest of his life staring at it.

The term “narcissism” in psychology originates from the story of Narcissus, hence the term “Narcissus’ daughter”, which describes a woman with an unhealthy fixation with herself, an inflated sense of self-importance, and a deep need for admiration.

A woman like this only cares about herself and will never tend to your emotional needs or show genuine interest in your thoughts, feelings, and problems. She’ll act out when you won’t be able to give her the attention she requires, she’ll never admit her mistakes, and she’ll often take advantage of you in order to get what she wants.

However charming she might look to you right now, (narcissists, after all, have a talent for making people fall for them), life with her will be an emotional rollercoaster — better to leave while you still can.

If the woman you’re dating is a workaholic, there’s a chance you find her ambition and dedication to her work inspiring and admirable.

However, tying the knot with someone who’s tied to their job is dangerous, as you’ll always have a second place in your wife’s life.

If your woman puts her everything in her career, she’ll rarely have enough time for you, or be emotionally available and present in your relationship.

It’ll be like getting married to a ghost: half of the time your wife is going to be physically absent, spending hours at her work office, and the other half she’ll be mentally absent, her mind wandering off to her career goals while you’re together.

An attention seeker is one of the worst types of women you could choose to share your life with.

Superficial, insecure, and vain, she seeks constant attention, validation, and reassurance — mainly as remedies for her low self-esteem.

A woman who’s an attention seeker will complicate and make your life difficult in numerous ways:

She’ll constantly need your attention and act out when you won’t be able to give it to her.
She’ll flirt with other people in front of you — just to get a little bit of extra attention.
She’ll judge you by superficial criteria, like how expensive your clothes are, whether you still remain in good shape, and how many rich friends you have.
She’ll always find a way to make everything about her.
Within a marriage, an attention seeker will manipulate you in order to get what she wants, she’ll expect to be the center of your conversations, will overshare your life on social media, and will get extremely jealous whenever you hang out with other people without her.

The term “spiritual vampire” is a term that describes cynical, pessimistic, and negative people, who, once you find yourself in their company, make you feel sad and miserable.

You can spot a woman who’s a spiritual vampire, by taking a closer look at the way she approaches life. Does she love to victimize herself? Is she always complaining about her life? Does she believe everyone is out to get her?

Sharing your life with a woman who exhibits this toxic personality trait will take a toll on your mental health and emotional well-being. She’ll simply be unhappy about everything — including yourself and your marriage.

She’ll make you feel tense all the time, will always focus on your problems — and never on finding a solution for them — and probably show little empathy for your struggles because she’ll be too busy worrying about her own.
A Final Note

It’s important to keep in mind that, most of the above characteristics won’t show themselves at the beginning of a relationship when your partner will be making an effort to show you their best behavior.

That’s why it’s crucial that you take the time necessary to get to know your partner well before you make any serious commitment decisions.

You should also take note of the following, extremely important, thing: you can’t change your partner. No matter how attracted you are to a woman, don’t commit to her thinking you’ll change her with time; neither love nor time can change a person — they can change only when and if they want to.

Don’t confuse attraction with love. Love takes time. It takes time to get to know someone, and you can’t truly love someone if you don’t really know them.

Never Let Go of a Partner With This One Quality…simply enriching!