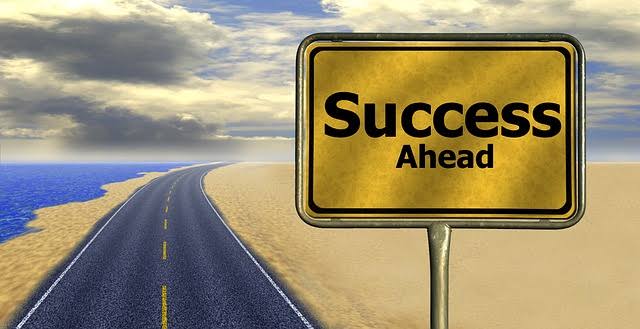 How to Achieve Success in Your Life

What is the key to success?

When it comes to achieving success in any field of life, we accept talent as much more powerful than effort and give up. As a result, the success we might have achieved if we worked hard is lost.

Here I am going to explain to you that how to succeed in any field of life and which one is most important between talent and effort. As a result, you will never lose any opportunity again. Because I am going to share with you all the information based on scientific research.

So, what is the key to success — Talent or Effort?

Angela Duckworth, the author of the book Grit, got obsessed to find the answer to this question so much that she quit her job and started studying psychology, and then she started doing research on this topic.

Notice, the equation of success has talent once but effort twice. In other words, effort is twice as important as talent for success in any field of life.

Let me try to explain this equation to you with a real-life example.

The difference is that once you learned the skill you no longer put effort into it. But Usain Bolt, despite being skilled, continued to put effort inhumanely with passion and perseverance. And that’s why today he has acquired many achievements in running, but you couldn’t.

Every year millions of students start preparing for competitive exams. Maybe once, if not, some of them try twice. But after failing once or twice, there are very few students who survive this competition. The rest give up.

At the beginning of the year, almost every one of these millions of students began to prepare with great enthusiasm. But as the year passes by, the enthusiasm decreases.

The same thing happens with relationships. Enthusiasm at the beginning of a relationship remains at its peak. But over time, that enthusiasm begins to wane. And when the enthusiasm fades, all that is needed to continue that effort or relationship is passion and perseverance.

Author Angela Duckworth calls this unique combination of passion and perseverance “Grit”. According to her research, in order to achieve a long-term goal, the most important component is “Grit”.

Because the fact is, no matter how much you like a job, no matter how passionate or enthusiastic you are about it if you keep on doing it, after a while, every work starts to feel boring. Or you may have to face a major hurdle that completely kills your enthusiasm for the work.

Maybe you like acting very much. But after attending the same acting class regularly for a long time, it will start to feel boring. And if you do not see any growth in your acting career, then it will also kill the enthusiasm for acting.

And then the only thing that can help you succeed in overcoming these difficult times is “Grit”.

How is it possible to awaken that passion and perseverance in yourself?

For that, you need to have 4 things first.

Interest
For those who have no interest in studying, trying to crack competitive exams is just a waste of time. One should try to do something else that interests him. Because interest comes from within, it is almost impossible to try to develop it by force.

As I also do not know, when there are so many games out there, then why am I so interested in cricket?

Before, I used to play badminton and football also, but now they are all stopped because of work. But I am still playing cricket. Although I still haven’t had much success in cricket. I can feel my passion and perseverance towards cricket every day.

And because of having so many distractions in their life, they cannot fulfill their dreams due to a lack in their practice. Those distractions keep their minds diverted and do not allow that passion and perseverance to develop in them.

Imagine there are two students, both want to be a doctor when they grow up. Both are talented enough. But one of them wants to be a doctor, to become rich by earning a lot of money.

What do you think?

Among these two students who will continue pursuing his dream even when he has to face thousands of obstacles in the way of fulfilling his dream?

Common sense says what the author’s scientific research also says. When the purpose behind fulfilling a goal is very big, then that passion and perseverance are seen to develop automatically in someone.

No matter how talented someone is, no matter how skillful someone is, one has to face failure at least once in fulfilling one’s dream. And after that rock bottom, the only thing that can provide the strength needed to get up again is hope. Believing in yourself that “I might succeed if I try again”.

If this self-confidence, this hope is missing in someone, then there is no chance of developing passion and perseverance in him. Therefore, Interest, Practice, Purpose, and Hope are the four pillars of Grit.

READ ALSO: You are better than you know – find out why

4 Laws of Atomic Habits That Will Change Your Life ( CLASSIC)