How You Can Avoid Half Your Troubles in life 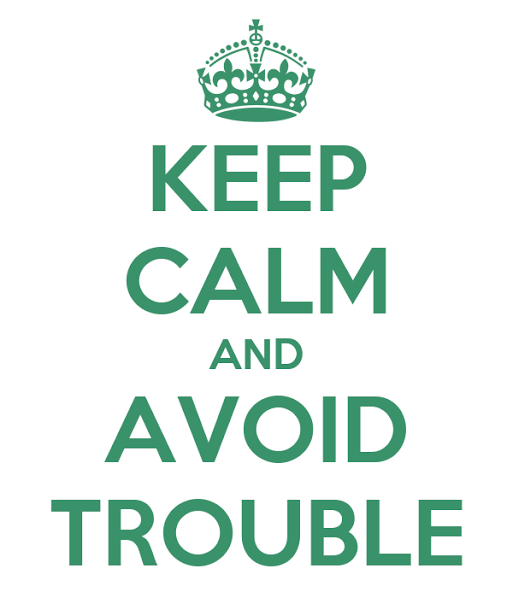 How You Can Avoid Half Your Troubles in life

Humorist Josh Billings wrote (with more wisdom than humour)
“One half of the troubles of this life can be traced to saying -yes too quickly and not saying “NO” soon enough.”

Well, there you have it. How to avoid half of your troubles! And, this time, Josh Billings wasn’t kidding.

He was stating a PROVEN SUCCESS METHOD. It comes in two parts;

Let’s have a closer look:

(1) Being too quick to say “yes” accounts for all of the countless mistakes which result from: (a) not first obtaining all of the relevant facts, (b) not first intelligently considering every possible alternative, (c) not first thinking the proposition logically through to its conclusion.

Eager, impetuous youth rushes into trouble by being too quick to say “yes”. The worn come-on that “everybody’s doing it” is too often irresistible to inexperienced youth. And it is often equally irresistible to gullible non-thinkers of every age.

A proven success method is to view with suspicion any proposal which does not permit time for thoughtful consideration of facts, alternatives, consequences.

Any proposition which insists on an “instant yes” a pressured acceptance without time for thorough consideration, should be flatly rejected.

Do not pride yourself on your “intuition” to the extent that you gullibly substitute your “intuition” for logic based on facts. The proven truth is that “intuition’ can be manipulated by any con man, or even by anyone who knows a few “emotional trigger words”

Being a “know-person” means that before you say “yes” or “no”, you first {a) obtain all the facts, (b) intelligently consider every possible alternative, (c) think the proposition logically through to its conclusion.

When you use this proven success method of being a “know.person”, you will decide without worrying later about the outcome

You will do as the great psychologist, William

James, prescribed: “When once a decision is reached and execution is the order of the day, dismiss absolutely all care (anxiety) about the outcome”

You will not keep looking back anxiously over your shoulder. You will take the get-richer’quicker advice of successful oilman Waite Phillips, “There comes a time when we must decide and act and never look back.”

So if you are (1) too quick in saying “yes”, or (2) too slow in saying no—the consequence will be your future!

Your future is too important to entrust to intuition” which can be manipulated by a few “emotional trigger words”.

Your future deserves nothing less than your learning and using the proven success methods of the men and women who have attained whatever they wanted in life.

As you learn proven success methods, you will learn that much advice which has been so freely tossed about—just isn’t so!

For example, you will leam that the often given admonition to “Be yourself” can be the worst possible advice!

READ ALSO: How to deal effectively with anger