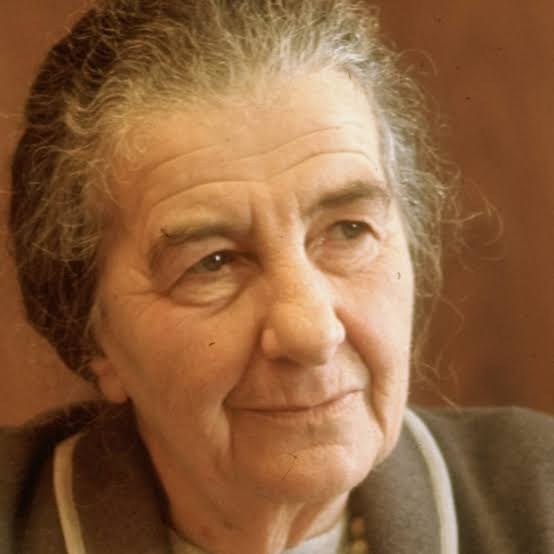 “Goldie was fearless,” recalled her friend Sadie Ottenstein, who lived across the alley and now walked with her to school every morning. “There was nothing giggly about her even then. She was a firebrand with very strong convictions. For her, everything was either right or wrong, with no middle way. We always ran to her with our troubles.” Reflecting on this, her best friend Regina Hamburger added, “Goldie changed the whole course of my life. I don’t know what would have happened to me if I hadn’t met her.”

Her parents also now knew Goldie for what she was, a young woman with her own determined mind, who seemed head and shoulders above them. Relations, particularly with her mother, now improved. There were no more quarrels about how much schooling she should get, or whether she should become a teacher. It was Goldie’s decision.

High school senior Goldie became even more serious than ever about her studies. “Goldie was always head of our class,” noted Regina, “and I limped after her as second best pupil.” The greater difference in Goldie was that her goal was now sharper. Thanks to Morries and her intellectual Denver friends, she had become “a voracious reader.” “We went to the public library several times a week,” said Regina, “and took out all kinds of books: Dostoevsky, Tolstoy, Chekhov, Gogol, de Maupassant, Anatole France, Victor Hugo, Arnold Bennett, Galsworthy, H. G. Wells. And many a tear we shed over Dickens’s Tale of Two Cities, David Coperfield, and Oliver Twist. And the American writers, of course: Hawthorne, Mark Twain, you name it. And the thing to remember is that we had no TV or radio to distract us.” Goldie also tried playing the piano but gave it up because “I decided I would rather spend my time reading books.”

“The first opera I ever saw was Aida with Goldie and we sat way up in the topmost gallery, but it was wonderful. And Goldie and I often went to the theater, at ten cents a ticket. Very good Yiddish plays came to Milwaukee . . . mostly on sad themes and we had a good cry. . . . Four out of every five boys at school fell in love with her. . . she was so vibrant and attractive.”

There were even girls who developed crushes on her. A letter from one of them said: “I do need a friend in whom I can confide all my longings and desires, and I am sure I have found it in you. . . . Yet it is probably true that you do not need me. You have many true friends who really admire you for your true worth; you have various organizations and doings to keep you busy; and best of all, you have the courage of your convictions. You see, all qualities which I lack.”

Goldie and her friends always reached for to fill their feelings. This was a favorite;

There must be a huge cup in Heaven

And as the Jewish tears fall,

That cup will be filled.

And when it will overflow

Then, maybe, the Jewish people will be helped.

READ ALSO: 10 foods your heart would like you to eat