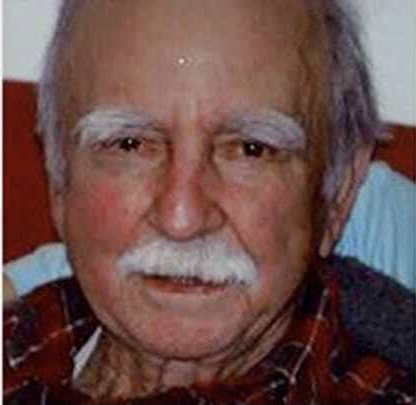 You don’t need to earn a massive paycheck to become a millionaire.

As one-time Vermont-based janitor and gas station attendant Ronald Read demonstrated, you can reach the seven-figure mark on a modest salary.

Unbeknownst to everyone around him until he died at age 92 in June 2014, Read had quietly amassed an $8 million fortune, thanks to smart spending and investing habits.

Even Read’s family was “tremendously surprised” upon finding out about his hidden wealth. “He was a hard worker, but I don’t think anybody had an idea that he was a multimillionaire,” Read’s stepson Phillip Brown told the Brattleboro Reformer in 2015.

Read came from humble beginnings. He was the first in his family to graduate from high school and served in North Africa, Italy and the Pacific theater during World War II, according to Reuters. After the war, he came home to work at a gas station and as a janitor at JCPenney, and married a woman who had two children.

Read maintained a frugal lifestyle, never spending money unless he had to. Friends remember him driving a second-hand Toyota Yaris, using safety pins to hold his coat together and cutting his own firewood well into his 90s.

“I’m sure if he earned $50 in a week, he probably invested $40 of it,” said friend and neighbor Mark Richards.

He was also a good stock picker and had the control to hold onto stocks for the long haul, a strategy billionaire investor Warren Buffett recommends.

“Mr. Read owned at least 95 stocks at the time of his death, many of which he had held for years, if not decades,” The Wall Street Journal reported in 2015.

“Among his longtime holdings were blue-chip stalwarts such as Procter & Gamble, J.P. Morgan Chase, General Electric and Dow Chemical. When he died, he also had large stakes in J.M. Smucker, CVS Health and Johnson & Johnson,” the publication reported.

The lifelong resident of Brattleboro, Vermont, left $6 million of his fortune to his local library and hospital.

“It was the talk of the town,” Brooks Memorial Library director Starr LaTronica told CNBC of the generous $1.2 million library donation. “People still come in and ask about it and reference it.”

The library invested the bulk of the money. That way, “it will continue to pay dividends and support us down the road,” LaTronica said. The donation also allowed the library to extend its hours and do some much-needed renovations to the 50-year-old building.

Read bequeathed $4.8 million to Brattleboro Memorial Hospital, where he was a regular — not for treatment, but for breakfast. “He always had a cup of coffee and an English muffin with peanut butter,” Ellen Smith said of her friend’s morning ritual at the hospital cafe. “That was it. And he always sat at the exact same stool at the counter.”

The hospital plans to use the money to support infrastructure improvements and general modernization projects. “There are multiple areas in the hospital that need to be updated, and so this money will certainly allow us to do that,” Gina Pattison, director of development and marketing at the hospital, told CNBC. “We are just incredibly fortunate and grateful.”

READ ALSO: How one of my mentors want to be remembered