Home HEALTH & WEALTH See the secret of the current richest man in the world and...
Facebook
Twitter
WhatsApp
Telegram 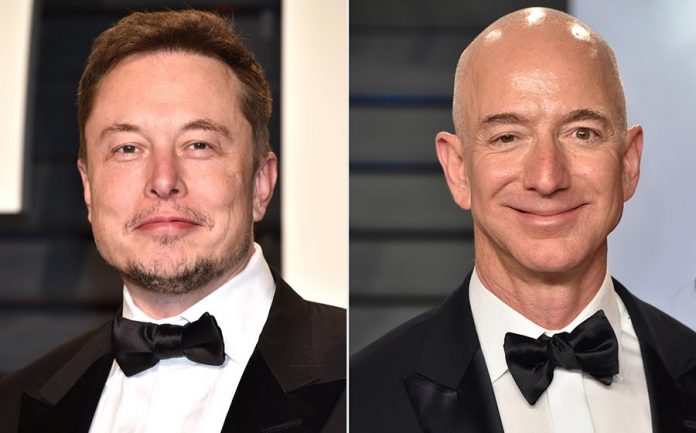 Elon Musk & Jeff Bezos are world’s richest, each worth $194 billion

Using Bloomberg billionaire index calculations, Elon Musk has once again risen to the top position as the world’s richest person. With a net worth of $194 billion. He shares the title with Jeff Bezos.

Among the world’s richest people, Musk registered wealth gains of about $3.58 billion on Monday, while Amazon Chair, Bezos had a decline of $182 million in his wealth position.

A sharp rise of nearly 3% was recorded on Monday for Tesla shares. Tesla’s stock may have gained due to bullish sentiments from market analysts and a somewhat bullish day for many growth stocks, including the electric vehicle maker.

Tesla’s profitability metrics have improved materially recently. According to the company’s second-quarter results, its operating margin was 11%, up from 5.4% a year ago and 5.7% a quarter earlier in 2021. During the first quarter of 2021, the company’s automotive gross margin increased from 26.5% to 28.4%.

Investors largely expect Tesla’s profitability to improve over time, regardless of some volatility from quarter to quarter. According to the company’s second-quarter update, management expects to reach industry-leading operating margins over time.

The fifty-year-old tech billionaire, who was not among the top 50 richest people at the start of last year, had a net worth of $27 billion at the time. In July of that year, he passed Warren Buffett to become the seventh-richest person. In November, he became the second-richest person after Bill Gates, and he has since achieved even greater wealth.

Asked if he liked being Tesla’s CEO, Musk replied: “I don’t. I prefer to focus my energy on engineering and design.”

“I have to or, frankly, Tesla will die,” he said of why he remains Tesla’s boss.

Investors are likely to be concerned about his repeated assertions that he does not want to be CEO.

Musk’s leadership and vision have driven Tesla’s incredible success. Tesla is by far the world’s most valuable car company worth $706.6 billion after Monday’s trading session.

READ ALSO: How the rich works on their wealth strategy and how it can help you too