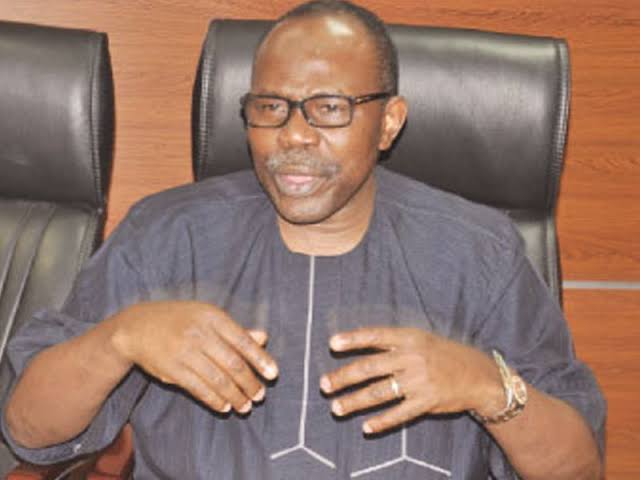 The Nigerian situation is one cascading down the hill. This hill of morality to which our parents trained us to subscribe; the hill of social values and cultures; the hill of honesty, responsibility, integrity and moral uprightness. Like the Greek mythology of Sisyphus, punished twice by performing the impossible but eternal task of rolling the boulder up the hill, in contrast, the fading conscience of the nation has been labouring to sustain the seemingly too high hill of rectitude against the morass of moral decadence and turpitude that has taken over its youths.

On our streets, in the metropole and the suburbs, up in the city or down in the villa, we see raggedly dressed youths with crazy dreadlocks, defiant dressing sense, parading the glamour of sudden riches in flashy cars and beautiful mansions, which evidently are beyond the earnings of a decent job. In the universities, these lads constitute a sizable multitude. In the colleges and the city centres, they are the envy of their colleagues whom a bevy of damsels is always hovering around. They are the generation that specializes in quick riches and bumbling gaiety. Their source of living and instrument of extravagance is the computer on which they have acquired a mastery of Internet fraud. Their victims are across the world and there is no bank account that can defy their master key perfectly locked in their brains. They are the directors of companies that have no registered addresses, produce nothing but sell non-existent products. They are full of beautiful stories and yarns to which their victims are easily drawn whether by way of marriage scams or extortionist pretences of various narratives.

READ ALSO: See the States with the Highest Number of Poor Nigerians

Interestingly, this wayward lifestyle and debauchery has managed to secure endorsements from equally morally debased parents whose consciences have been so warped by poverty and indecent orientation that they do not see anything wrong in the sleazy lifestyles of their “smart” kids. Every day, we are treated to news of Nigerian youths abroad whose exploits have dwarfed the genius of the inventor of the Internet in their manipulations of the wonder machine to make huge cash without breaking a sweat. Their areas of operation defy boundaries and their places or residence are the flashy hotels in various parts of any modern city or town.

The generations of the Hushpuppies and Woodberries. With different kinds of aliases, they hide their hideous identities and cruise in latest wheels. Their mothers have become so brazen that they even congregate in a shameless association as they patronize marabouts to fortify their moribund wards in spiritual armour. Those are parents who know that their children do not run dry-cleaning or laundry business but are daily flooding home with fabrics. “E r’oju ole, e o mu!” They said a higher level of Internet fraud is “Yahoo-plus” by which they engage in money ritual to augment their income when there is “no market” and fewer “mugus” fall for the tricks of the “wonder kids.” Now they even bath in public glare almost nude! Shame has taken flight in the haste to get rich without any legitimate source of income. The government seems to be helpless against them, as they have succeeded in recruiting many security and law enforcement agents into their nefarious businesses.

Policemen invited to arrest them share out of their loot, release them to continue their sinful trade and look the other way when reports are lodged against these fraudsters popularly known as “Yahoo-yahoo” boys. Singers of fortune sing rhythmic celebrations of money first as dance hall is set on fire by the likes of Olu Maintain crooning “Yahooze” and 9ice turns to “Living Things.”

Weeks back in the capital city of a south-western state, officials of the Economic and Financial Crimes Commission (EFCC) bust the hideout of “Yahoo boys” and seized about 35 exotic cars and huge amounts of money. While taking the suspects and their proceeds of crime to the offices of the EFCC, armed policemen in uniform drove hastily to block the EFCC officials, set free the gangling youths together with their exhibit cars. What was the excuse for this conspiratorial, aiding and abetting act of the police officers? They claimed that the “daring” EFCC officials did not notify them before carrying out the operation busting the hideouts of the “Yahoo boys”.

Without justifying their nefarious and soulless activities, it seems the society that produces these soulless leaders of tomorrow is not in any way better in orientation and uprightness. The government is dominated by pen robbers and contract manipulators. News filtering into the public space every minute about corruption in high places can persuade an angel that being godly may after all be nothing but an open licence to eternal damnation in the cesspit of poverty, as public thieves are celebrated by the masses while traditional institutions decorate them with impressive chieftaincies.

The same government officials who loot the public till, deny the masses good roads, hospitals, decent schools and jobs, are the ones occupying the various legislative houses in the country, where laws are supposed to be made for good governance of the nation. With such fathers in heaven, why would a Yahoo boy be afraid of the hell of the security operatives?

Why won’t all fathers be excellent fathers on the Father’s Day when the rogue children of corrupt public officials and their types have perfected the ghoulish art adroitly mastered by their parents? A broken mortar has become the cozy receptacle for a rotten palm nut. The argument sounds plausible and gratifying that it is the society that has created these monsters terrorizing the Internet space and its unwary victims. The government that has turned public utilities to luxuries only affordable to the rich, that has made job opportunities alien to an average graduate, and made survival the exclusive preserve of the fittest, has given public recognition to avarice.

A system that has debased education to the pigsty status cannot complain where its youth scorn academic pursuit and embrace get-rich-quick mentality.

Leo Africanus, more than 500 years ago, was reported to have said, “The universal avarice and corruption of men in authority would bring about contempt of learning and education, and thereby widespread ignorance, immorality and superstition, with the national ruin, which would be sure to follow in their ruin.” (See The History and Description of Africa and of the Notable Things Therein Contained, Ed. Robert Brown, Cambridge University Press, 2010, page l).

Every word of that quote is applicable to Nigeria. An average Nigerian graduate, after striving to acquire education, is reduced to a begging almajiri whose next meal defies all rights of expectation. We definitely deserve the current today from our dirty past. After all, the Yoruba say, “Eni t’o di ikuuku lasan f’Orisa, bi oun naa ba gbe omolangidi jo ko leewo” (He who offers an empty but clenched fist to the gods, should not be pitied if he’s blessed with an effigy in return).

Our leaders have made morality unappealing. Preaching to a hungry man is like talking to the deaf. All efforts to convince an unemployed and disillusioned youth that the business of Internet fraud is criminal and immoral have proved futile. Most have taken after their successful colleagues whose lifestyles and VIP security cover have placed them on a higher pedestal. They are swarmed by coteries of beauty queens and “slay mamas.” They enjoy the best of attention in less scrupulous society in which we are so unfortunate to be their co-occupants. The government that has failed to nip unemployment in the bud cannot meaningfully engage its youth in productive activities.

Chief Obafemi Awolowo was the one that canvassed full employment in which his government aspired to ensure that every youth must be gainfully employed, if only to be digging the ground and filling it back. The logic is that it is an idle hand that is the devil’s workshop. Government’s efforts in addressing this menace seem to be in the wrong direction.

Arresting these youths is meaningless, as they come out as hardened criminals. This is beside the reality that the correctional service facilities are congested already and constitute a deformity centre. In fact, while in EFCC net, their fellows organize protests to campaign for their freedom. They do not see anything wrong in Internet fraud.

A young boy of about 19 years of age whose mother approached me for legal service at a time for the detained son gave an excuse that he did not operate locally but internationally.

And since the particular alleged offence for which he was arrested was not a local transaction, he believed he was unjustly being victimized despite the avalanche of evidence with which his culpability in other transactions of international fraud was being proven.

The young man claimed he was helping in the repatriation of African funds stashed away to develop Europe and other places.

The mother also chose to believe in the innocence of her son in a soon-to-be torn façade. When a suspect laugh derisively at your criminal justice system, it is time you changed your approach. The day a fraudster scornfully mocks your law enforcement apparatus, you ought to relax and review your strategy. Sending security operatives after them in a bid to arrest, detain and prosecute them seems to have failed. The corrupt operatives have learnt to share out of the loot since the government that sends them to arrest the nouveau riche is the same that has impoverished the lot of the Police Force. What a way to mock the poverty-ridden, financially insecure police officer whose house rent is long due and his children cannot access nutritious food! The youth generation is destroyed by the incompetence of and corruption in government. Social investment schemes half-heartedly put in place by the government are too negligible to have any impact on the lives of the youths.

The danger is that more members of the society will drift towards “yahoo, yahoo” when frustration in public domain refuses to leave. A cursory evaluation of the data will reveal a generation between 16 and 37 years actively involved in the scam. With comfortable majority of them involved in this illicit trade, where lies the future of the country! We might as a country end up without tomorrow. If these are the youths to whom we are handing over, if the future of our country is to be presided over by the youths whose consciences have been mortgaged to the filthy lucre, it is certain that we have lost the battle and are only waiting to be buried. The government must wake up now and make hard work pay better and attractive. A society that rewards the best graduating student with N1,000 prize but makes nude belle an instant celebrity has lost its priority scale. This explains why the youth are not bothered with governance issue and the apathy on their side as they have developed their own governance structure in the world of ‘yahoo, yahoo’. May the future evil not be a condign punishment for our present conspiracy or inaction.

Never Let Go of a Partner With This One Quality…simply enriching!