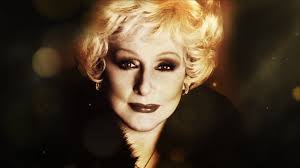 MARY KAY ASH: My twenty-year-old son, Richard, was a sales representative for Prudential Life Insurance Company. One of the youngest agents in Texas, he was making the incredible salary of $480 a month. (I thought that was just unbelievable – after all, he was just a kid!) If Mary Kay were to become a reality, I needed his help, but there was no way that I could afford a salary like that. I took a deep breath and offered him $250 a month to help me guide the new company. Richard accepted without hesitation. And over the horrified protests of other family members and friends, he immediately quit his job and moved to Dallas.

My elder son, Ben, was twenty – seven years old, married and the father of two. He could not pull up roots and moved as quickly as his brother. But after hearing my plans to continue the company, he said, “One day I’d like to join you and Richard.” Then calmly and deliberately he reached into his breast pocket and pulled out a savings passbook. The balance showed $4,500 – a sum I new represented everything he had saved since high school.

“Mother,” he said, “I think you could do anything in this world that you wanted to.” Then he handed me the passbook. “Here’s my savings. If it will help you in any way, I want you to have it.”

Eight months later – when we needed someone to handle our expanding warehouse – Ben left his job with a Houston welding company and moved his family to Dallas. He started with the company at the same pay as Richard – $250 a month. And still later, my daughter, Marylyn, joined us and became the first Mary Kay director in Houston.

On Friday, September 13, 1963, Mary Kay Cosmetics opened on schedule. With nine salespeople, my twenty year old son as financial administrator, and me, how did I know that I could do it? Well, I dint! I had no crystal ball. What I knew was that I had to do it. As for the predictions of my journey and accountant, I figured they didn’t have any crystal ball either. Besides, the didn’t understand the business the way I did. I also knew that I would never have a second chance to put my dream into action. If mary Kay failed, I wasn’t going back into an easy retirement. I’d be broke! And that meant that I’d have to work for someone else for the rest of my life. That is a very strong incentive! So no matter what anyone thought, I would not give up my dream. My children had said, “You can do it.” And that was all I needed.

“You can do it!”has become an everyday motto at Mary Kay. So often a woman will join us who is in desperate need of hearing this message. She has either been out of the job market or is looking to supplement her income by building her own business. Or maybe she simply worked long and hard in another field, never having heard these words of encouragement.

If you ever come to visit Mary Kay headquarters in Dallas, you may see someone wearing a diamond pin in the shape of a bumblebee. Be assured that she is one of our top performers. Within our organization, the bumblebee has become the ultimate symbol of accomplishment. We selected it because of what the bumblebee represents for all women. You see, years ago, aerodynamic engineers studied this creature and decided that it simply should not be able to fly! Its wings are too weak and its body too heavy for flight. Everything seems to tell the bumblebee, “You’ll never get off the ground.” But I like to think that maybe – just maybe – our Divine creator whispered, “You can do it! So it did!