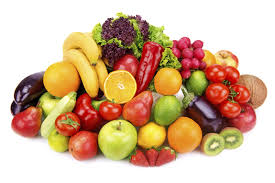 Fiber (again, especially the insoluble type) helps prevent diverticulosis, a common condition in which small pouches called diverticula form in the wall of the colon. Diverticula can bleed, become infected (a condition called diverticulitis), or even perforate, resulting in a serious infection within the abdomen. The soft, bulky stools produced by fiber in the diet are also less likely to form small, hard pellets that can lodge in the development of appendicitis

Some studies have shown lower rates of colon cancer in populations that consume large amounts of fiber, compared with those on a low-fiber diet. A reasonable explanation for this is that any potential carcinogenic (cancer-inducing) agents arriving in the intestine would be diluted and swept along by soft, bulky stools and thus not allowed to have prolonged contact with the cells lining the colon. However, other research (including a Harvard study that followed eighty thousand women over sixteen years) has not supported this particular benefit from eating dietary fiber.

This occurs when cholesterol floating through the digestive tract binds to the fiber and is carried out of the body in stool, rather than being absorbed. While the impact of dietary fiber on blood cholesterol levels is usually not as dramatic as may be seen with weight loss or medications, it has been demonstrated to reduce the risk for coronary artery disease.